Marco Solorio of OneRiver Media discusses his thoughts on the newly announced Nvidia GeForce GTX 1080. More than just better performance at lower cost, the new GPU card may cause a larger shift in computing than what’s merely on the surface.

Nvidia announced a huge bombshell in the form of the GeForce GTX 1080. In short, the announcement is making huge waves throughout many circles. Aside from the obvious use for videogame technology, it’s also making waves for VR, video editing, color grading systems (namely DaVinci Resolve), and 3D modeling/animation systems. In fact, there are many applications where these cards are used for their computational power alone with nothing to do with graphics processing.

To add, the GTX 1080 is about twice as powerful as Nvidia’s Titan X (which we use) and will only cost $699 (which is almost half of what the Nvidia Titan X costs). It also consumes far less draw on power than the Titan X. By all accounts, this is truly a groundbreaking move in the GPU technology market. Nvidia in short, is killing it.

The announcement of the GTX 1080 is so big, that this card alone will most likely cause a shift in computer workstation ownership. Last year I wrote an article about how I upgraded our Mac Pro Tower with new CPUs, RAM, flash-based boot drives, and of course, the Titan X. The system still churns through heavy tasks, including working with 4.6K RAW footage, edited in real-time in DaVinci Resolve in 4K UHD timelines (even basic node structures play in real-time without the need for rendering).

Our current Nvidia Titan X GPU packs a serious punch (as part of my “Mac Pro Tower Reborn” article last year) but pails in comparison to the newly announced GTX 1080 card… and at almost half the cost. Bitter-sweet.

But as good as that juiced up Mac Pro Tower is today, I know at some point, the time will have to come to an end, simply because Apple hasn’t built a PCIe-based system in many years now. As my article described, the alternative Mac Pro trashcan is simply not a solution for our needs, imposing too many limitations combined with a very high price tag.

The Nvidia GTX 1080 might be the final nail in the coffin. I can guarantee at this point, we will have to move to a Windows-based workstation for our main edit suite and one that supports multiple PCIe slots specifically for the GTX 1080 (I’ll most likely get two 1080s that that new price-point). I’m no stranger to working on Windows systems (I’ve built my own Windows boxes since Windows 3/NT) and have Windows systems running now in our facility. But with that said, I do prefer Apple OS X when possible. But with no support of a modern PCIe-based workstation from Apple, our hands are tied to move to Windows (we may get an HP Z840 system, something similar, or a custom build we’ll do in-house). Even if the GTX 1080 could be flashed for OSX, we wouldn’t be able to take full advantage of what the 1080 has to offer, due to The Mac Pro Tower’s older PCIe buss technology.

Even a Thunderbolt-connected PCIe expansion chassis to a Mac Pro trashcan wont help, due to the inherent bandwidth limits that Thunderbolt has as compared to the buss speeds of these GPU cards. And forget about stacking these cards in an expansion chassis… just not going to happen. 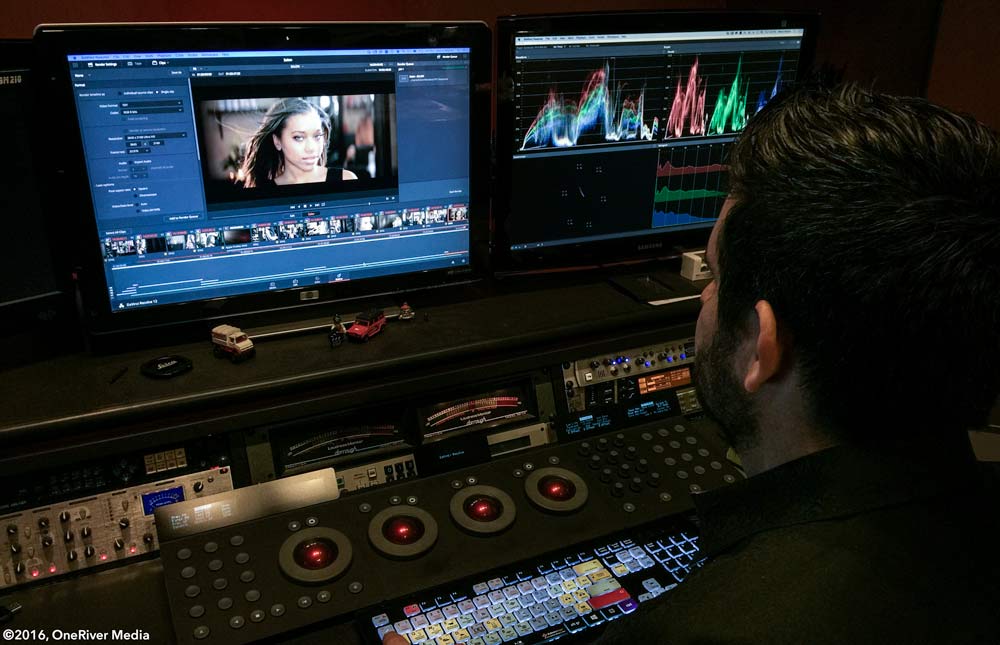 With Blackmagic Design’s DaVinci Resolve making serious grounds as an NLE (not to mention its decades of color correction/grading superiority), using powerful GPU cards is a major plus for our workflow. The GTX 1080 will look to be a winner among many DaVinci Resolve users.

With all that said, I see (and have already seen) a huge migration of longtime Apple users (such as me) going to Windows systems for their main workstation needs. The sheer power and lower cost is just too huge at this point. The Nvidia GTX 1080 just compounded that point exponentially stronger.

The biggest thing for us is the fact that we have software (and licenses) that is specific to OSX. So there may be some added cost on our end to buy new software solutions that work on Windows and/or license transfers. Luckily some things (DaVinci Resolve, Adobe CC Suite, Newtek Lightwave 3D, and others) will not require a new Windows license and can merely transfer to the new Windows system.

For the record, I’m not going to invest in a new Windows system tomorrow for our edit suite, but it is on the horizon. My estimation is several months from now, as initial users work through the GTX 1080 using the same tools we use ours on. Once things stabilize and performance results are out, I’ll slowly make the transition over. We just have an enormous amount of projects and assets on the current system (including feature film work) that will take some time to migrate over from OSX to Windows. But in the end, it will happen.

What are your thoughts on the new Nvidia GTX 1080? Are you also a Mac Pro Tower user looking to switch to a Windows-based system that supports the GTX 1080? Looking forward to it or dreading it?