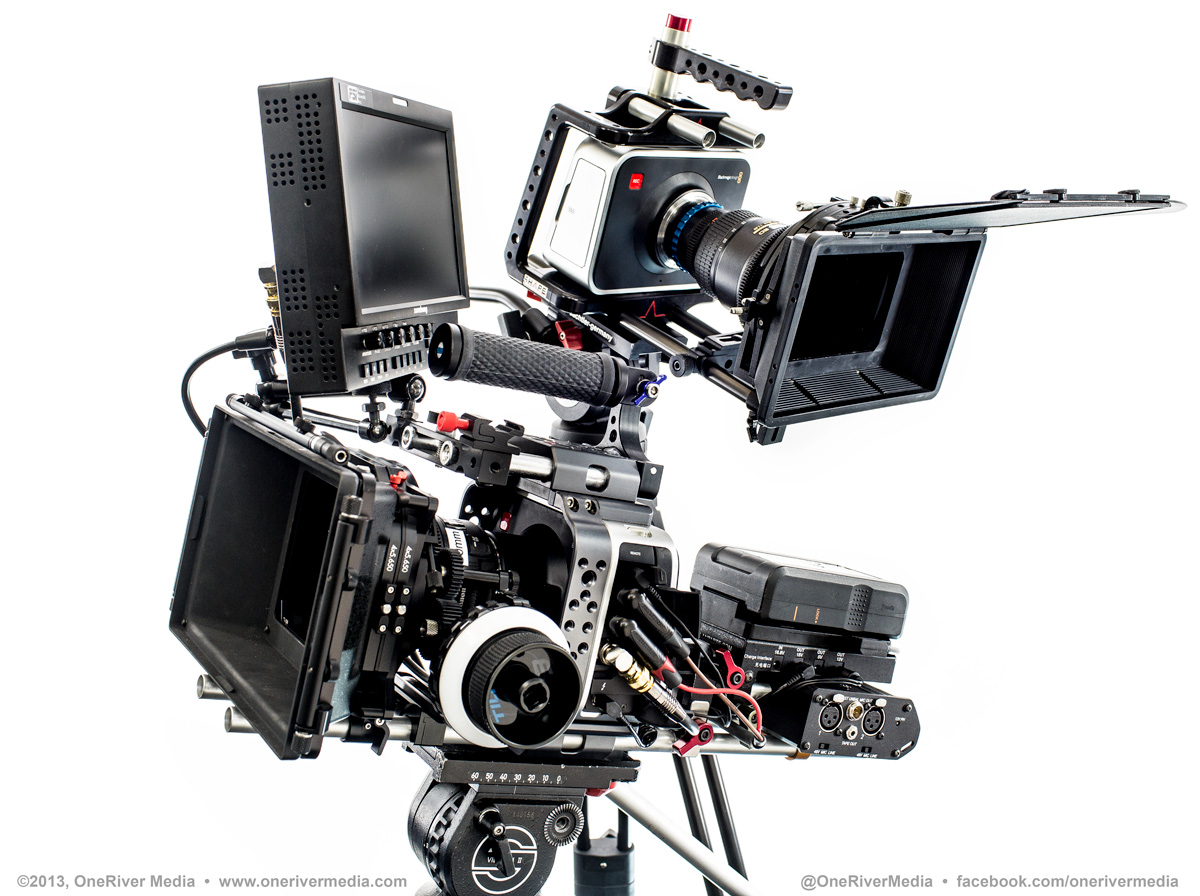 Join Marco Solorio this Saturday at NAB Post Production World for a 90-minute presentation on the Cinema Camera EF and MFT models. New content that hasn’t been released will be presented!

We officially got the green light today that we can publicly speak about us having the Blackmagic Design Cinema Camera MFT (Micro Four Thirds) model. We’ve actually had this camera, but due to our NDA with Blackmagic, we were bound to not say anything until they said so. This was tough, especially when others were posting about it! OneRiver Media’s EF and MFT models of the Cinema Camera. Get the scoop on both this Saturday at NAB!

Okay, we’re not going to actually physically bring both the EF model and the MFT model to NAB (National Association of Broadcasters) with us, but we ARE going to bring the MFT model. Marco Solorio of OneRiver Media is presenting BOTH models at NAB Post Production World this Saturday, April 6, 2013 for a full 90-minute presentation.

So what will be covered at this NAB presentation by Marco? Quite a lot actually, including some brand new stuff that Marco has NOT shared publicly yet with the MFT model. This includes testing a number of vintage lenses and adapters that work perfectly on the MFT model. Items include Canon FD lenses, Canon EF lenses (on MFT), Nikon F lenses, 2X anamorphic adapters, and 16×9 adapters for 2.35 anamorphic, wide angle adapters, and much, much more. We’ve run our collection of lenses through the paces; see some of Marco’s findings at the NAB presentation this Saturday.

You may have watched Marco’s two-part comparison videos on Vimeo, “Comparing the Cinema Camera & Canon 5D Mk III“, and “The Impact of 12-bit RAW” which have taken a lot of notice in the industry. Marco will interactively show how some of these finding work with the CinemaDNG RAW files the Cinema Camera can produce. What’s this rig all about? Find out this Saturday at NAB!

Frame grab from our BMW documentary currently in production. Watch sample footage this Saturday at NAB!

During the NAB exhibition days, Marco will be pounding the pavement (padded carpet?) with the MFT BMCC, visiting various booths, and showcasing BMCC related products and recording it on the Cinema Camera as it happens. Please visit this page often as we will post new booth visits as we lock them in! You can come see the MFT BMCC in action, or even be part of the action!

Thursday, April 11
Will be roaming the floors, but may not schedule official visits on this day.

See you at NAB, and be sure to check back this page for updates to scheduled booth visits!  And follow us on Twitter where we’ll updates our events as well with #BMCC and #NABSHOW in our tweets. And don’t forget about our BMCC Newsletter. See you at NAB!

Please note this particular blog post is in the process of being ported over to our new theme format. Some formatting, images, and short-codes may be missing, or misformatted until the switch is completed. Please check back in a couple of days to see if this blog post has been fully updated.
– OneRiver Media (March 7 , 2021)