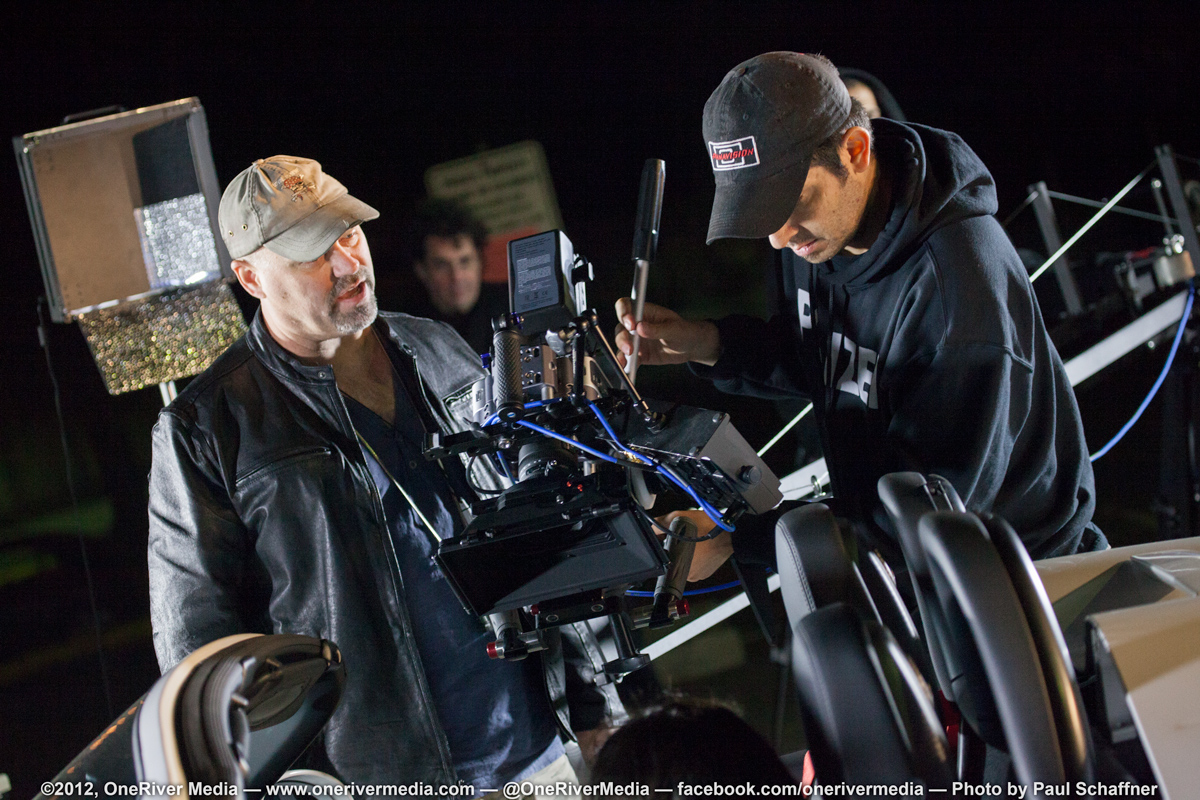 Comparing the Canon 8-15mm, the Sigma 8-16mm, and the Rokinon 8mm on the new Blackmagic Design Cinema Camera.

Since the announcement of the Blackmagic Design Cinema Camera last April at NAB, there’s been a lot of speculation that this camera wont be able to shoot wide. This simply isn’t the case. If you think back to Super 16mm film or ENG cameras of old that shot using 1/3-inch to 2/3-inch sensors, you’ll quickly realize there were in fact options to shoot wide with those cameras.

We’ve had our Cinema Camera for a short while now, and last week, our NDA was (partially) lifted from BMD to allow us to finally show the camera and start shooting with it in public and with crew. Oh the liberty!

Check out our Facebook page for more info and a bunch of photos, including behind-the-scenes of our large production shoot last Saturday night.

So during this time, the first thing I actually tested was wide-angle usage. As expected (and as theorized with my calculations based on my Cinema Camera article on Creative Cow last April), the Cinema Camera can shoot wide, and in some cases, perform a variable crop function on certain lenses that vignette or pinhole on other cameras with larger sensors. Director, Steffan Schulz left, and DP, Marco Solorio on right shooting on-location with the new Cinema Camera on a OneRiver Media production. Mounted to the camera is the Sigma 8-16mm lens, and works perfectly with the ARRI MMB-1 mattebox without any vignetting.

The group of images below was quickly shot just an hour or so ago here at our facility in the main edit suite. Since I’m strictly comparing lens width, I didn’t spend too much time dressing up the “scene” or doing an exotic grade.

Obviously the Canon 5D Mark II and Canon 7D were recorded at H.264. The Cinema Camera was shot at 12-bit RAW CinemaDNG, quickly debayered/exposed in Lightroom 4, and exported out. The final image is compressed to JPEG at 51% quality, so there will be inherent artifacts there, so keep that in mind.

Personally, I really like the Sigma 8-16mm f/4.5-5.6 HSM lens so far. It doesn’t have any barrel distortion at all and the edges stay straight throughout. Sharpness isn’t bad either, even wide open.

The Canon 8-15mm f/4L is clearly the widest, but has obvious barrel distortion. Zoom in to 15mm and the distortion goes away for the most part. It’s a sharp lens throughout. And the solid build-quality is typical of all Canon L lenses; very nice.

The Rokinon 8mm T3.8 cinema prime lens is just a shy less wide than the Canon 8-15mm lens, and has its own share of barrel distortion, albeit less than the Canon. Fully wide open, this lens is soft. To get decent sharpness, you need to stop down to about T5.6. Director, Steffan Schulz giving instruction to actress, Alicia Forbrich. Mounted to the hood of the Porsche is the Ciname Camera and Sigma 8-16mm lens.

It should be noted too that some of these lenses wont work for video on the 5D and 7D. On the 5D , the 8mm width either pinholes or imposes severe vignetting (not cool looking vignetting, but hard edged fugly vignetting). The 5D can really only go down to about 15mm wide, and only on the 8-15mm lens (the other two lenses wont work). The 7D can fully use the Sigma and Rokinon lens, but can really only go down to 10mm on the Canon 8-15mm lens.

Between the three lenses, the Canon is the widest on the Cinema Camera, but has obvious distortion. The Rokinon is a little less wide, soft wide open, but employs built-in focus gears and de-clicked aperture, which is very nice. Cheap too. DP, Marco Solorio on left getting ready for a motion shot using our 12-foot Kessler Crane. Mounted to the Cinema Camera is the Sigma 8-16mm lens. Yes, we did use quite a number of other lenses on this production as well!

On my 5D, shooting at 16mm is pretty dang wide. The widest I’d usually go was with my 24mm f/1.4L II prime for any real production. With that in mind, I’d much rather shoot with the Cinema Camera in 12-bit RAW using the Sigma 8-16mm lens and not only get the focal width I need, but also have superior image quality and dynamic range that the DSLR cameras can’t touch with a 1-million foot pole. Oh, did I mention the dynamic range? Yeah, GOBS and GOBS of dynamic range. But that’s another blog post.

Don’t forget to follow us on Twitter @OneRiverMedia when we announce new production and post-production related news, tips, blogging, BTS, and bad jokes.

Please note this particular blog post is in the process of being ported over to our new theme format. Some formatting, images, and short-codes may be missing, or misformatted until the switch is completed. Please check back in a couple of days to see if this blog post has been fully updated.
– OneRiver Media (September 18 , 2021)